In January of 2015, Doulos Partners is travelling to Ho Chi Minh City, Vietnam to meet with church planters to hear some of the things that the Lord is doing through their evangelism, discipleship, and church planting efforts. While our teams will be meeting with our participants to educate them about this country, we thought all of you might be interested to learn about this country as well. 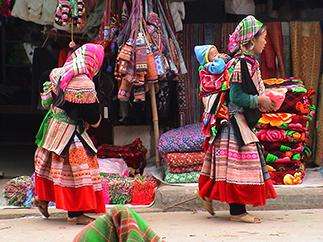 Ho Chi Minh City is the largest city in Vietnam, populated by more than 9 million people. Officially, the country of Vietnam is atheist, as is declared by the communist government.

In 2006, census results record that 81% of its people professed to be nonbelievers of any religion.

Many citizens, though, who reported as “non-believers” still have some adherence to informal religious customs and practices such as ancestor worship or to non-State sanctioned Buddhist temples or Christian churches.

Off the census, the story looks much different.

According to Pew Forum figures, 45.3% of Vietnamese people practice native religions such as Buddhism, Confucianism, and Taoism, and worship local spirits and gods. Buddhism is the second-largest religion with 16.4% of the population, around 7% of the Vietnamese are Catholics, and around 30% are religiously unaffiliated. Roman Catholicism, Caodaism, and Hòa H?o are the largest religions after Buddhism. Even smaller minorities of adherents to Hinduism, Islam and Protestantism exist, all averaging about 1%.

Though the Vietnamese Constitution and law technically allow its citizens religious freedom, the Government continues to restrict organized activities of religious groups that it has declared to be in disagreement with state laws and policies.

The Government attempts to regulate religious practice through a legal framework, which requires that the Government officially sanction the organization and activities of all religious denominations. 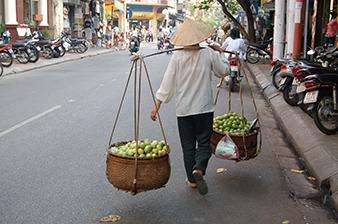 Estimates of the number of Protestants in the country range from the official government figure of 500,000 to claims by churches of 1,600,000 or more. There were estimates that the growth of Protestant believers has been as much as 600 percent over the past decade, despite government restrictions on evangelizing activities.

Furthermore, Vietnam requires that all religious publishing must go through a government agency. Bibles written in the language of the Hmong minority are still illegal and must be smuggled in.

Todd Nettleton, of the Voice of the Martyrs, has said in an interview that “most government leaders certainly consider Christianity a ‘Western’ religion and see it as a threat to communist rule or even a form of espionage from the West designed to undermine their power.”

Learn more about our upcoming trip, including how you can get involved on our Upcoming Trips page.