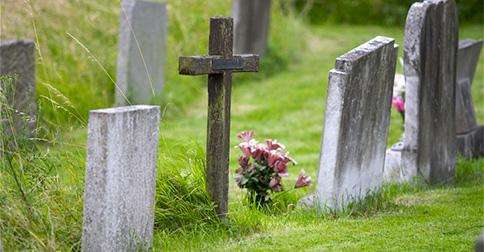 As we work closely together, we are consistently reading their monthly newsletter. This month, they shared a story that moved us deeply, and we felt compelled to share it further.

The University alerted the Kenyan government, but the time between the terrorists entrance, and the arrival of help, was disastrous. With 700 people taken hostage, the terrorist berated students for 15 hours. Their goal? To find and kill all of the Christians. The Muslims were let free.

The siege finally ended when Kenya’s special forces were able to kill four of the terrorists, as the fifth detonated his suicide vest, but the damage had been done. By the end of the attack, 148 were dead.

His Purpose Through One Missionary

A Reaching Souls International missionary names Johnson Karate lived just about four miles from the attack. As he learned of the devastation, he also learned he had lost a friend in it.

Johnson arrived early to the funeral of his friend, and the many others who had passed. As he sat and watched other families and friends arrive, he was approached by a man. The man introduced himself as the master of ceremonies and told Johnson he recognized him as a man of God.

The man let Johnson know that they had no one there to conduct a service and requested he preach. Johnson had his Bible with him, and gratefully obliged. Below are his accounts of what he preached that day.

“I comforted the family with the Word of God, assuring them that death is never the end, but a path to another place. There are two places that people may go. One place is by choice and faith in the Lord Jesus Christ. This place is called Paradise. The other place is hell. One does not need to choose to go to hell. You go there because you have rejected the sacrificial gift of the Son of God”

He ended his service asking the crowd if they knew where they would go when they died. He urged them, if they did not know, to decide right away. That day, 48 people were moved by Johnson’s words, and became new members to the family of Christ.

That day, God intervened. He used this horrible massacre and turned it into a chance to save souls. That day, the Kingdom of Heaven grew.

It’s a powerful event to hear about, as Satan’s intentions were to destroy, but God’s power prevailed. It’s a great reminder of His power, and how even the most devastated can find peace within His arms.

“The Lord is close to the brokenhearted and saves those who are crushed in spirit.” -Psalms 34:18

Let us remember those who died that day in the name of our Savior, Jesus Christ, and pray that their families have found comfort as new members of the Kingdom of God.

Without Reaching Souls International’s missionary efforts, Johnson Karate would not have been there that day. Mission trips work. Are you interested in contributing to God’s kingdom through mission work? Contact us today.