What Church Planters Can Learn from St. Valentine 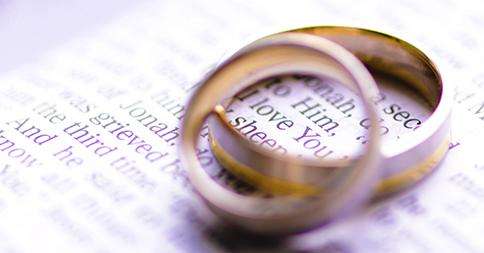 We think there’s a lot of inspiration from St. Valentine’s life that can be applied to planting a church. Read on!

Courage in the Face of Evil

Valentine lived in 3rd-century Rome, which happened to be ruled by Emperor Claudius II Gothicus – also known as Claudius the Cruel. He earned this nickname because of his inclination for war, abuse of his own people, and his harsh leadership. In fact, he got into so many wars during his rule that he had a hard time recruiting a sufficient number of soldiers.

Claudius decided that the soldier shortage was all because of love. Roman men didn’t want to leave their loved ones or their families behind, so Claudius responded by canceling every marriage and engagement in Rome.

Only one man stood up to this devastating act – a Christian priest named Valentine, who began to marry couples in secret before the soldiers left for war. In 269 AD, Claudius found out about Valentine’s activities and threw him into prison, sentencing him to death.

Claudius may have been cruel, but he didn’t stop Valentine from acting bravely – which can inspire every church planter, especially in nations with anti-Christian governments.

Belief in a Cause – Even When It Requires Sacrifice

As for the part about Valentine falling in love with a blind girl while he was in prison and writing her a sonnet using ink squeezed from violets – well, we’re not totally sure that’s true. Who knows? But he was executed by the Romans. So ultimately, he believed in his cause so deeply that he was willing to die for it.

Church planters need this kind of belief, too. Will it end up requiring their life? Sometimes, yes. Other times, it may require that they watch their family disown them, or they may be abused and beaten for their faith. There are many ways that church planters are asked to stand up for what they believe in and for what they are doing – and even though the story of St. Valentine is about supporting marital love, his unquenchable passion and determination translates easily to a pastor’s love for his church.

An Example of Lasting Impact

Even centuries after his death, the story of Valentine’s sacrifice for love became legendary in Rome. Eventually, the Catholic church granted him sainthood, and we still celebrate in his name today.

Will the impact of Doulos be that far-reaching? We pray that it will be. Our hope is that our support of pastors and their churches will touch hearts in a way that won’t be forgotten because of the power of Christ that moves through us.

This Valentine’s Day, consider this question: How is God calling you to have impact? Is He asking you to stand up for your beliefs, even in the face of persecution? Is He calling you to the mission field or to plant a church? How can you show His love to others in a way that won’t be forgotten?

If you feel called to be part of our work, take a look at all the ways you can get involved with Doulos. Happy Valentine’s Day, and may the life of St. Valentine inspire you to be courageous for God!