In August of 1996, Deiu Sanh recalls his wife complaining of a sore head, and her going to bed early. That next morning he was woken by her moaning and violent convulsions. By the time the convulsions ceased, she was paralyzed down the right side of her body.

Sanh rushed to Buddhist temple, where he and others prayed and chanted for two days in hopes that she would be healed, but her condition never changed. It was around that time that Christians arrived from another village and preached about a God named Jesus. They asked if they could pray for his ill wife.

Sanh didn’t understand their religion and didn’t know who Jesus was, but was desperate and allowed the men to see his wife anyway. He watched as they stood around her and prayed, thanking Jesus already for healing her through the power of His blood.

Three days later, she was completely healed. Sanh and his wife sought out the Christians to learn more about Jesus and made the promise to give their lives to Him.

Sanh felt the call to preach the Gospel to his region but had no idea how or even where to begin, so he simply went to the market square and began preaching.

At first he was ignored, but he remained determined. He was driven to tell his people of the Word of God and, after a few days, he began to attract an audience.

“One night,” he says, “two police officers knocked on my door. They had received complaints about my preaching. I asked who had complained; they were Buddhist followers, and some of them were from my own family. I am doing no harm. There is no law against following another religion. Surely I can preach.”

The policemen told Sanh that if he continued, they would put him in jail.

“I stood in my usual spot, proclaiming the name above all names, and placing New Testaments into those who passed by. Then I saw the police van come around the corner, and my heart sank.”

After a night in a cold cell, he was interrogated 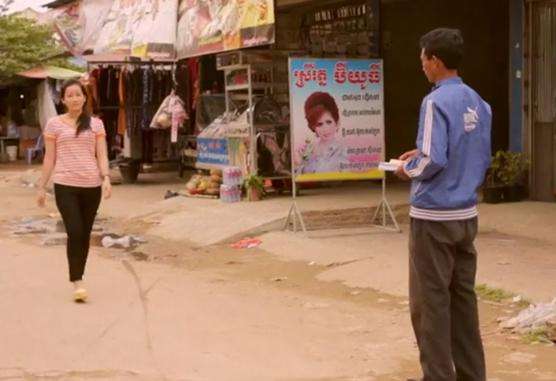 .“Why are you doing this?” They asked. “You’ve been a Buddhist all your life.”

They promised to release Sanh if he stopped preaching. “I could not agree to this. They threw me back in the cell and left me there for a week. I was worried about my family, but could not agree to their demands. I prayed. On the ninth day they released me with a warning not to preach.”

Sanh talked it through with his wife and they prayed, but he felt the Lord wanting him to continue. Over the next thirteen years, he was regularly imprisoned for teaching the Word. Though he could have had complete freedom at any time by renouncing his faith, he knew it was impossible for him to stop proclaiming God.

One afternoon, his prayers were interrupted by the prison guard. He told me the warden wanted to see me and, as Sanh walked to his office, he prayed.

“Sit down,” the warden said. “You have been in this place a long time, and you have not been an easy prisoner. The rules do not apply to you, apparently. If you are released, will you go back to Christian preaching?”

Sanh had been imprisoned in this place for almost a year and was desperate to be with his family, but knew he could not deny my Lord. So he answered honestly. “I will preach Jesus, yes.”

The warden then reached for a piece of paper in his desk and handed it over to him; it was a certificate, a license to preach without hindrance. Sanh could not believe his eyes – this license would give him the freedom to preach of God not just in his village, but the entirety of Vietnam.

Suddenly, after years of trying to bring the Gospel to his friends and neighbors, the whole of Vietnam had become his mission field.

Since joining Big Life in 2011, Sahn has planted 53 churches in his country, and is just getting started.

Get Involved – Learn How You Can Help

Doulos Partners needs your help in create more stories or true change and devotion to God. Please take a minute to learn how you can help by visiting our Get Involved page.