Get to Know Punjab, India 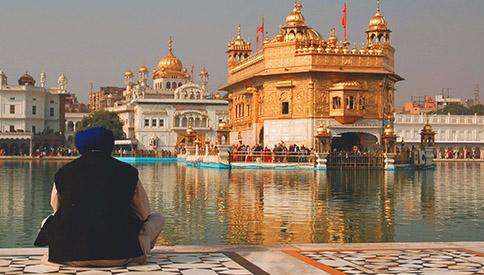 As the first of our Christian mission trips this year, Doulos Partners will be taking a team to Punjab, India, from April 9-17. We’ve already explained the work we’ll be doing there, but we haven’t talked much about the location itself. What is Punjab like? What are their cultural traditions, and what faiths do they practice? Read on to learn more!

Punjab is a state in northern India. Its main industry is agriculture, followed by other industries like manufacturing scientific instruments, financial services, tourism, and sugar processing. Roughly 57% of the citizens of Punjab practice Sikhism, while another 40% practice Hinduism. Reportedly, only 1.3% of the people in Punjab claim Christianity as their faith.

The culture of Punjab is layered and vibrant. Some of their most notable cultural traditions include music like bhangra, a passion for religious and nonreligious dance, Punjabi poetry, a thriving and longstanding film industry, a varied cuisine which has gained popularity around the world, and a collection of festivals such as Lohri, Basant, Vaisakhi, and Teeyan.

A kissa is a tradition of storytelling in the Punjabi language. These stories include a combination of origins from Arabia to Iran and Afghanistan.

Another important part of Punjabi culture is the wedding ceremony. These are known for being rich in ritual, song, dance, food, and dress, all of which have evolved over time.

Our Other Christian Mission Trips

It may be too late for you to join us in India, but we have two more opportunities for you to minister alongside our team! Check out our upcoming trips to Kitale, Kenya, and Havana, Cuba, later this year. If you feel a tug on your heart to participate, contact us for more details. We’d love to have you along!