Giving Thanks in Persecution: The Words of God’s People 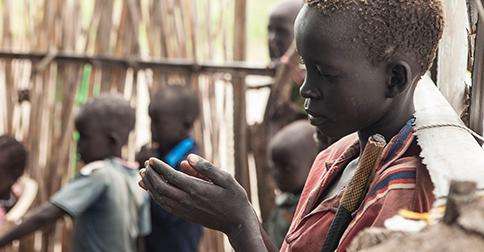 There are many passages of Scripture that instruct us to rejoice and be thankful in every circumstance, most notably 1 Thessalonians 5:18. As we enter this season of thankfulness, we must ask: what about giving thanks in persecution? What about our brothers and sisters around the world who undergo harassment, abuse, and even torture because of their faith?

We have personally met Christians on our travels who were persecuted for their faith, but did not back down. They remained thankful for God, for His people, and for every blessing He had given them.

Below, we’d like to share some quotes from Christians around the world who practiced thankfulness in the face of persecution. These are not people we’ve necessarily met in person, and some died long ago — but their words have been made public for our encouragement.

Giving Thanks in Persecution for Prayer

“I knew there were people praying for me. It gave me the spiritual strength I needed to live as a Christian and to trust God.” — a pastor imprisoned in Asia

“I started to pray, and I got the peace that is beyond understanding. I felt so close to God at that moment.” — a Christian in the Middle East who was arrested

Giving Thanks in Persecution for Community

“I am thankful that I have many friends here who help me when I’m discouraged.” — a boy whose parents died during an attack by radical Muslims

“We have a family of faith that loves us and cares for us. We are not alone!” — Maryam Rostampour, referring to letters she received while imprisoned in Iran

Giving Thanks in Persecution for Eternal Life

“We shall not end our lives in the fire, but make a change for a better life.” — Julius Palmer, burned at the stake in England in 1556

“This is the end. For me, the beginning of life.” — Dietrich Bonhoeffer, hung in Germany in 1945

Doulos Partners and the Persecuted Church

Here at Doulos, we believe in reaching the unreached, suffering with those who suffer, and praying for the persecuted church. As recently as September, we reported the martyrdom of two of our brothers in Afghanistan. In July, we shared news of our sister in India whose face was disfigured by acid because of her conversion to Christianity.

These warriors did not back down. They practiced thankfulness for Christ in the midst of persecution. May they be a reminder to us of all the work that remains to be done, and all that we have to give thanks for – even if we have lost everything but Jesus.