Hasn’t Everyone Heard About Jesus? 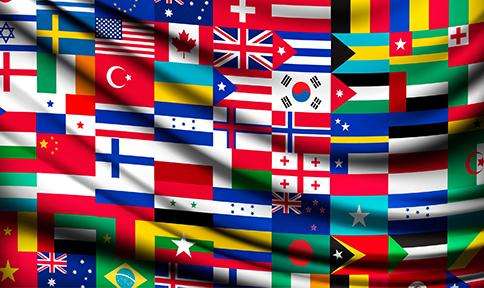 “Surely everyone has heard of Jesus by now.”

You’ve probably heard someone say this at some point in your life. Maybe they didn’t use those exact words, but the sentiment was the same. With all the missionaries that go out into the world, and all the churches that have been planted, and all the Christian mission trips people go on, and all the Bibles that have been translated into seemingly hundreds of different languages, surely everyone has heard.

It’s an important question, and one that’s close to the heart of Doulos Partners. Let’s take a look at some statistics and find out how many people have not yet heard about Jesus.

What Does “All Nations” Really Mean?

In the Great Commission, Jesus tells us to “make disciples of all nations.” Usually, we interpret that as all political nations — China, India, Kenya, etc. But the word Jesus used in the original Greek language is “ethne,” which is where we get our word “ethnic.” He wasn’t talking about political countries; he was talking about people groups.

This makes a big difference, because it means that just because the Gospel has been taken to a certain political country, that doesn’t mean it has reached every people group within that country. If we are supposed to reach every ethnicity — every people group — in the world, then we can’t consider China as being “reached” just because a missionary happened to preach one time in Beijing.

Until every ethne has heard about Jesus, our job is not done.

What Does “Unreached” Mean?

When we say a people group is “unreached,” we mean that there are no indigenous Christians living amongst them who can teach them the Word of God. Technically, the criteria is that there must be less than 2% of the population who are true Christians, and less than 5% who are professing Christians (anyone who would call themselves a believer, even if they may not actually profess that Jesus is the only way to God) for that population to be considered “unreached.”

When you really stop to think about those numbers, they’re staggering. Almost half the world has not heard about Jesus. That’s not to say there aren’t individuals within those groups who have heard; again, it’s ethnicities with less than 2% true believers, so there may be some Christians within these populations. But on the whole, as an entire community, they are unreached. And that’s a sobering thought.

How Christian Mission Trips Can Help

Maybe these statistics make you want to become a full-time missionary. And if the Lord is calling you to do that, then you should definitely follow His lead. But if you aren’t being called into full-time foreign missions, you can still take part in short-term missions, either by going or by sending.

It’s our mission to spread the gospel as widely as possible. Let’s go and make disciples of all ethne. Will you join us?