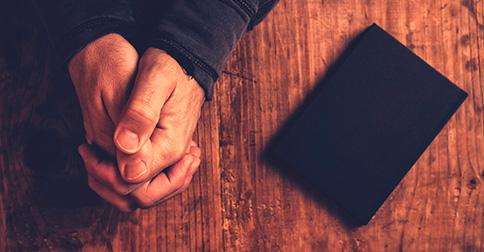 We continue to receive reports of various forms of harassment and persecution of Christians in different regions of India.  Most recently, one of our partners has informed us about the persecution from certain residents and government officials in southern India regarding the “Grace Care Education Project” for poor children.

While the actual parents and guardians of the “grace children” request and approve the educational assistance provided, certain enemies of the work reported to the government that the group was involved in human trafficking.  As a result, 14 children and one of our partner’s local leaders were seized in the state of Kerala.  The children have been placed in a juvenile facility, away from their parents, while the leader, Aju Matthew, has been incarcerated, without his shoes or most of his clothes.

Please pray for the release of all these individuals and for Aju’s Christian friends to be able to help him and to clothe him.  Please also pray that the gospel and Christian acts of kindness and service will continue to spread throughout India despite opposition, and that the persecution will result in more opportunities to testify about Christ.   Matthew 25:36 and Luke 21:12-13.

Please pray for our brother Manomeet (nicknamed “Meet”) as he travels in northeastern India to encourage other Christians and to document the evangelistic efforts in the areas of Dooars and Cooch Behar.  Thank you for your support, which has enabled church planters and workers like Meet to share the gospel and God’s love with many who never heard or experienced it before in those regions and elsewhere.  Philippians 1:3-5.

Thank the Lord for many lives redeemed, like that of our brother Pradyuman Pradhan in Odisha.  He was a self-proclaimed idol worshiper and leader of a group notorious for persecuting and even killing Christians.  He was a village leader with 200 followers who ensured there could be no Christians in his village.  After his brother became a Christian, Pradyuman threatened to expel him from the village and to destroy his house.  Pradyuman’s daughter became seriously ill, and God gave him a vision.  So, he invited some Christians to meet with him.  They prayed for his daughter, who was healed immediately.

After Pradyuman became a believer, his daughter became sick again and later died.  Many people mocked him, telling him to resurrect his daughter.  Pradyuman suffered persecution like he himself used to inflict.  Yet he has remained faithful, and now many people in his village follow Christ and share his love with others.  Please pray for this modern-day Paul, his family and village in east central India.

The Islamic holy month of Ramadan lasts until June 24.  Please pray for opportunities to share the gospel and love of Christ during and after this time of fasting and spiritual introspection among Muslims.

“Stories from the Field”

Please pray for Anthony, “Edward,” Tapashi, and their families, churches and all the believers they have introduced to Christ, as described in “Stories from the Field” elsewhere on our website.

Please pray for our team traveling and working with Pastor David Okecho in Uganda on June 9—17.