Ministering to Refugees: A Unique Opportunity 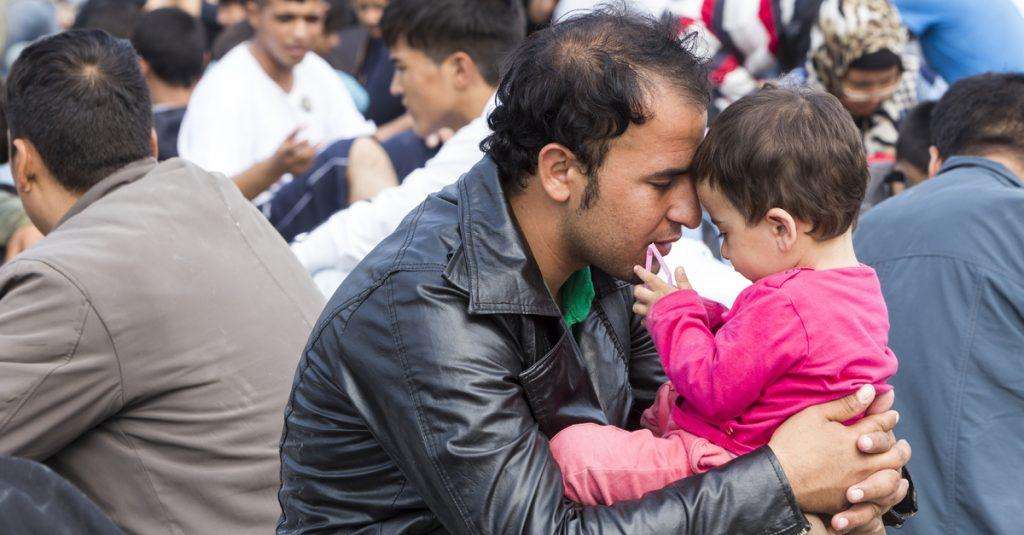 For those who know what we do here at Doulos, the idea of working in refugee camps may seem odd. After all, we tend to support pastors who are from the country they’re ministering in, which means they’re not likely to go anywhere. But refugees aren’t like that–they may leave at any given moment, either to move to another country or to go back home.

But we believe that it’s important to reach people in the refugee camps–and that refugees who become believers could have an incredible impact on their home country when they return.

Let’s take a look at some of the specific reasons we believe it’s essential to reach refugees with the Word of God.

A great number of refugees come from countries that are hostile to Christianity. That means that they probably haven’t heard the gospel before. But when they become a refugee, they tend to flee to a place that’s friendlier to Christianity, which means that there’s less risk associated with talking or hearing about God.

So, while being a refugee obviously isn’t a good situation for these people, it does offer them a chance to hear about Jesus–which is a chance they might not have had otherwise.

Reason #2: Their Need for Hope

When someone becomes a refugee, it’s because they have no other options. They live in a dangerous place, they may be killed if they stay, and they’ve got to get out–now.

That means refugees are desperate people looking for any kind of hope, and what does Jesus offer them? Hope–not just now, but for eternity. To someone fleeing a very real kind of evil in their home country, the idea of a Savior brings them life when they may have thought their life was over.

We know that God is the ultimate hope for all of us, but we want to bring this message to refugees especially because of what they’ve been through–and, potentially, what they will go through.

Reason #3: Bringing the Gospel Back Home

For many refugees, it’s possible to return home after the crisis is over. Whether it’s a political regime, a war, or a terrorist group, peace may eventually return and the refugees will go back to their country.

It’s our hope that they’ll hear about Jesus as refugees, decide to follow Him, and then bring the gospel back to others in their nation when they return. This brings God’s word to places where missionaries aren’t usually allowed and Bibles are scarce. But teaching a refugee about the Lord and providing him or her with scripture enables them to take that message back home and minister to their native culture in a way that foreigners just can’t.

Learn More About Our Work with Refugees

Last fall, we launched Global Refugee Outreach–a partnership between Doulos and Biglife. We planned to work in five key countries to bring the word of God to those who had fled persecution. We believe the Lord has only begun to work in these camps, and that He will continue to reach the hearts of refugees who can bring His message back home.

In the coming weeks, you will hear more about our recent trip to the to experience what God is doing among refugees.