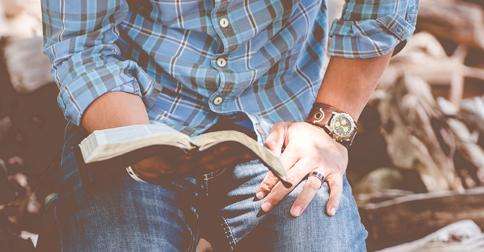 Give thanks for the Lord’s answer to your prayers about the issuance of religious visas for our team members. Pray for Mike Jackson, Josh Clarke, Manny Fernandez, and David Johnson, who will be traveling and ministering there, and also for their families while they are away. Pray for the Lord’s blessings on His work and the expansion of His kingdom in the hearts of Cubans and foreigners all over the island. We look forward to hearing how the Lord is working there and how Doulos is participating.

One of our partners is considering launching a major new effort of evangelism, discipleship, and church-planting in Bulgaria. Please pray for wisdom and guidance regarding these plans.

Pray also for the people there to overcome the terrible spiritual, social, and economic legacies from the decades of Communist rule in that country. Pray that Christians would help heal the wounds and scars of racism and corruption in particular. Pray also for unity among the believers and mission organizations working in Bulgaria (John 17: 20-23).

Our Sister Ruth in Bhutan

Please pray for our sister Ruth and her team as they work in very difficult conditions in an area dominated by followers of Buddhism. The country is relatively isolated in the eastern Himalayas near Tibet, India, and Nepal, and professing Christians make up a very small percentage of the population. Pray that the Lord would bless Ruth’s efforts and encourage her and her team.

Pray for Benjamin and the medical team from Cross Pointe Church in Atlanta providing medical care in villages yet unreached. Local leaders also plan to share the Gospel in these same villages.

Testimony from our Sister Paramjit in West Bengal, India

This testimony comes from our sister, Paramjit, who is 32 years old. She attended Christian church services as a child but did not become a Christian then. After getting married, her husband did not permit her to associate with Christians. Later, a health condition resulted in her blindness for five years. One day at home, she heard songs and was told that our partners had shared the Gospel in her village, and that some of her neighbors had become Christians and started a church in their home. Later, Paramjit followed the sound of the music to its source and began attending regularly. Other believers prayed for her, and while she herself was praying, her eyesight was suddenly restored. Paramjit says she repented of her sins and placed her faith in Christ following this amazing miracle. Her story has had a big impact on her family and the entire village. Thank the Lord for this miraculous physical and spiritual healing.

Our Brother Yusuf in the United Arab Emirates

Yusuf has ministered successfully inside labor camps in the UAE. However, a camp supervisor and security guards recently forced him and a friend to leave one of the camps. Ask the Lord to open the doors of camps that Yusuf should visit, to give him favor with the governing authorities, and to guide him in sharing the gospel with everyone in the camps who is willing to hear.

Pray for our nation and, as we are commanded, for our leaders. (1 Timothy 2:1-2). Pray that the Lord would provide us with leaders who will follow the Lord’s commands and implement His will in worldly affairs (Isaiah 49 and Daniel 4:17, 25; 5:21).