Our Trip to India and Cambodia 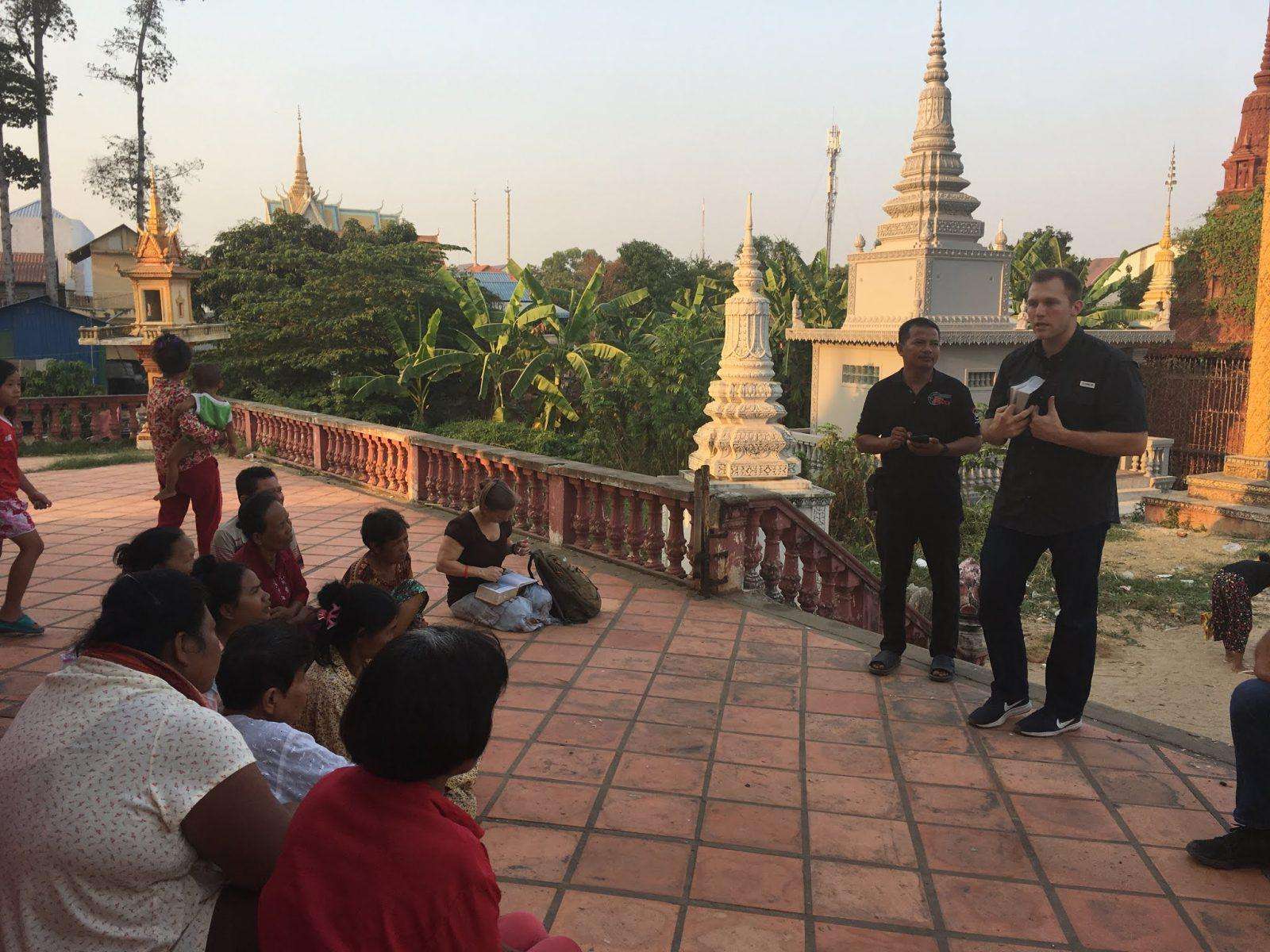 God is alive and working in Southeast Asia. Our Doulos team recently traveled to India and Cambodia to advance our mission by supporting Christians around the world, and we were blessed to witness new believers coming to Christ and new churches being planted. Incredible work has been set into motion, but it’s not done yet.

The People We Reach

We were able to visit previously planted churches in India. Our group also had the chance to meet the leaders of these churches and to engage in fellowship with them.

We visited the Kali Temple, named after goddess that the city of Calcutta is dedicated to. The Hindu people in Calcutta seek out this goddess for approval on any decision in life. During our visit to the temple, we could feel the overwhelming darkness—at times, it became hard to breathe in the presence of such oppression. The people were performing animal sacrifices the day we visited to appease the goddess who thirsts for blood. The people performing these actions in search of forgiveness from Kali, but it’s all false.

Thankfully, there are church plants around this same temple that are flourishing. One of the church planters grew up in a family that served as a caretaker of the local temple for the monkey god. He spent a great portion of his life on this path, but the Lord was able to reach him and touch his heart. He is now impacting those around him who continue to follow false gods by speaking truth about how the Lord saved him and gave him freedom.

We were able to spend time with a number of church planters from all over India. We got the chance to hear their testimonies and to learn about what God is doing in their ministries now.

In Calcutta, we visited a village on an island that, to the best of our knowledge, had never before been contacted. Once on the island, we shared the story of the prodigal son, and when the village leader invited us back to their village, we presented him with his first bible. We are pleased with the work that is budding in areas like these, but we know there are still so many communities that need to hear the Word.

In Cambodia, we had the chance to join a church plant in the shadow of a huge Buddhist temple, which resulted in a flourishing church for believers to come lift their voices with fellow believers. While the language barrier prevented us from understanding the words of these people, our hearts understood.

Our team witnessed the telling of amazing stories about how God is breaking down barriers and opening doors. When we talk about empowering the indigenous, this is what we mean. The people we worked with in India can articulate the lies they believed in the past and illustrate the freedom that they experience in Christ.

This is why we do what we do. Our brothers and sisters in Christ who have endured unbelievable realities in their home countries have overcome incredible challenges. Despite the fact that these men and women work in some of the hardest places in the world, we saw their indigenous leadership on every level, from national to the most localized. It was beautiful to see what God had built and to support them in setting a leadership structure in place.

Unfortunately, Christian believers continue to endure persecution around the world. Specifically, Vietnamese pastors are on the front lines, and they know that at any point they could be jailed for their beliefs and actions. Yet, they continue to stand for the Lord. While talking to the Vietnamese pastors, a member of our team asked them, what is your biggest fear? One Vietnamese pastor replied, “Not being found faithful to the call of the gospel that the Lord has placed on my life.”

To learn more about the work we do in supporting indigenous pastors around the world, contact us today.