Stories from the Field: Edward’s Story 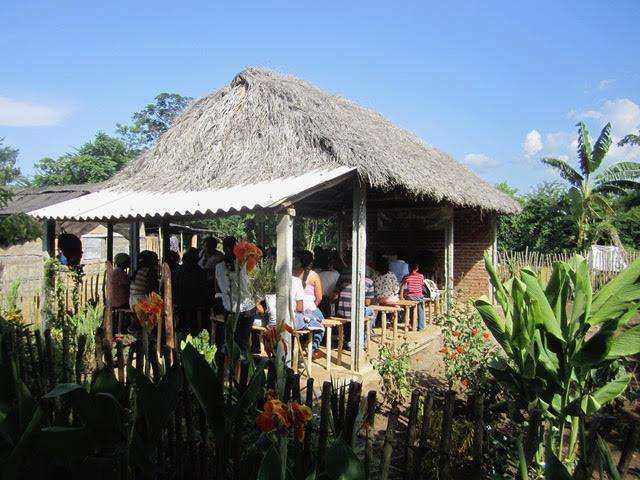 Often, there are times we cannot publicly talk in great detail about the location or people we are working with. We aren’t trying to hide anything, but rather keep them and their families safe as they share the good news of Jesus Christ in dark places. This story takes place in that type of country with a man we will call Edward.

Edward was a successful, highly decorated tank commander in the army. The government of his country asked him to attend a church as an undercover agent to ensure that the church was not speaking out against the government and calling for a revolt. In duty to his country, Edward got up one Sunday morning and went to the church.

The pastor was preaching a powerful message on sin and the need for a savior in order to be reconciled to God. He very clearly shared the gospel from the birth of Christ to His death and resurrection. It was there, as an undercover agent, that Edward heard the message of the gospel for the very first time.

He thought he was there to keep everything in check and to make sure that the church was operating within the limits that the government had provided, but God had a different plan that morning. Instead, Edward came face to face with the understanding that he was a sinner and could not save himself. When the pastor extended the invitation for response that morning, that undercover agent for the government stood up and walked forward to publicly profess his faith in Jesus.

In the days following, the pastor started to disciple Edward and encourage him on his walk with Christ. Not too long after that, Edward resigned his commission in the army and walked away from the government to continue deeper training and discipleship with the pastor who had shared eternal life with him. It was during this time of discipleship that the Lord called Edward to become a pastor and church planter.

During my first trip to this country, I had the opportunity to visit with Edward and attend the church that met in his home. I listened as the people in his home bore witness to how the Lord had used Edward to change the lives of his family and his neighbors, and how he had helped to plant 12 new churches. Two years later, I was back in Edward’s home to preach and teach. I was encouraged to see that the 12 churches that God had started through Edward were still multiplying and replicating to grow to 26 church plants.

Years later, I had the opportunity to be back in country at a training for our church planters and looked up to see Edward. We embraced as brothers seeing each other at a homecoming after spending years a part. I asked him then how many churches the Lord had birthed out of the one that was started in his living room years before. He looked at me and proclaimed God’s faithfulness as he celebrated 77 churches that were now thriving.

Isn’t it exciting to see how the Lord can take a military officer who was being utilized in an undercover operation and save him to be used to advance His Kingdom? We serve a God who transforms men and women from wherever they are unto salvation, sanctification, and proclamation of the name of Jesus around the world.

If you are interested in supporting what God is doing in the lives of people like Edward, we would love for you to partner with us. Contact us to discuss opportunities for you, your family, your church, or your business to help ensure church planters like Edward have the resources they need to continue to go about the Kingdom work.