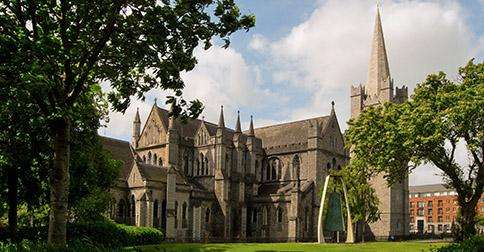 The life of St. Patrick, the patron saint of Ireland, is shrouded in mystery. While Irish Catholics have celebrated St. Patrick’s Day for thousands of years (even temporarily waiving their lenten vows so they could indulge in bacon for the day), many facts about the saint’s life have been lost over time.

Fortunately, we at Doulos Partners still know a few things about St. Patrick. Read on to find out more about the saint behind the holiday.

St. Patrick was born in England (not Ireland!) near the close of the 4th century. His parents were wealthy, which may explain why he was kidnapped by Irish pirates from his parents’ home and sold as a slave in Ireland. While many believe he spent this time in County Antrim, it’s more likely that he was actually held in County Mayo.

As a slave, his job was that of a shepherd. He spent his days isolated and lonely, and eventually turned to God for comfort, becoming more and more devout in his Christian faith.

After six years in captivity, Patrick escaped back to Britain and wrote about an angel communicating with him in a dream. The angel told him to become a missionary to Ireland, and that’s exactly what he did.

According to some of Patrick’s letters, he became a trained priest in Ireland and later became a bishop. His training to become a priest lasted more than fifteen years.

Patrick’s mission was twofold: to love and minister to existing Irish Christians, and to convert unbelieving Irish to Christianity. This mission debunks the idea that St. Patrick brought Christianity to Ireland, but he was responsible for helping it grow exponentially.

As a result of Patrick’s devotion to bringing Christ to Ireland, many Irish pagans converted to Christianity. Instead of trying to erase their culture, Patrick wove traditional Irish customs into his teaching by celebrating Easter with bonfires and adding a sun to the Christian cross. In this way, the people of Ireland felt more connected with the idea of God and accepted Him more readily.

It’s believed that St. Patrick died on March 17, circa 460 AD. He was widely mourned in Ireland on that day. From this came the holiday we now know as St. Patrick’s Day, a celebration of the life and work of Ireland’s patron saint.

Much like St. Patrick, Doulos Partners ministers to existing believers and helps non-believers encounter Christ. Would you like to help us? You can do so by donating to our cause. Also, feel free to contact us for more details on what we do. Happy St. Patrick’s Day!