What Does the Word “Doulos” Mean? 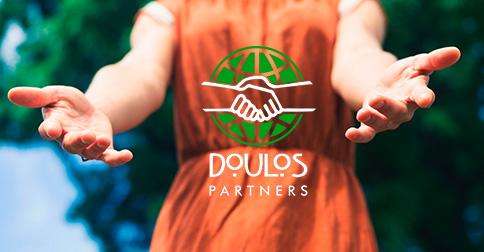 Unless you’re a seminary student or a Greek-language speaker, you probably don’t instantly know the meaning of the word “doulos.” Many people we encounter have never heard the word before, and they’re curious why we chose it for the name of our organization. We love to tell the story behind our name, and today, we’re going to share why we chose the word “doulos” and why it means so much to us. Read on!

The direct English translation of the Greek word “doulos” is “slave.”

The great majority of the time, the word “slave” brings to mind a negative image. We think of terribly difficult work for which no compensation is given, harsh slave owners who abuse their workers, and a life that might as well be a prison.

The book of Romans, however, tells us that when we are slaves to Christ, it’s a much different situation than what we normally think of as slavery.

But thanks be to God, that you who were once slaves of sin have become obedient from the heart to the standard of teaching to which you were committed, and, having been set free from sin, have become slaves of righteousness. (Romans 6:17-18)

Wait a second. How can we be “set free” and “slaves of righteousness” at the same time? What does that mean?

For when you were slaves of sin, you were free in regard to righteousness. But what fruit were you getting at that time from the things of which you are now ashamed? For the end of those things is death. But now that you have been set free from sin and have become slaves of God, the fruit you get leads to sanctification and its end, eternal life. For the wages of sin is death, but the free gift of God is eternal life in Christ Jesus our Lord. (Romans 6:20-23)

This, then, is the difference: your definition of the effects of slavery will vary widely depending on who or what you are enslaved to.

If you are a slave to righteousness, you will move closer to God and the freedom found in Him. This is a slavery of light, freedom, and life.

Doulos Partners: A Slavery of Light

When we named ourselves “slaves,” it was a way of reminding ourselves that we serve a Master who loves us, sets us free, and gives us a mission during our time on earth. We bind ourselves to Him because He has loosed our chains, and we do our part to carry His gospel to all the earth because we desire to be faithful servants to the One who gives us life.

Would you like to join us in our work? Consider joining the Doulos team and help support Kingdom work around the world.